The course of the natural disaster file will often be full of obstacles for policy-holders against their insurance. Nevertheless, a policy-holder expert with his technical knowledge can accompany you and assist you in defending your rights on a complex ground in the majority of cases.

We note that the insurance expertises which should be a search for the sources of the disorders are transformed into drafting of a print-out prepared by the insurer for the expert working for the insurance.

Which form is it: it is the retranscription of the texts of law which in the end becomes the support for your exclusion from your right to compensation

Without turning down the entire form, let’s focus on the foundation module. In a quick read summary, the texts consider that the houses without foundations “are excluded” from the “relevant” nature of the damage.

The argument of “the insurance expert” is based on the concept “foundation” such as we know it since the middle of the 19th century, or even opposed to the clients of our experts, according to the last Eurocodes dealing with the subject.

You will understand the inconsistencies faced by the experts: rejection of cost bearing even partial of an old building which would have respected the regulation of its time and would not have anticipated the construction rules of the future.

But let us ask ourselves: what is technically the foundation?
It is the technical organization which makes it possible to transmit to the ground, “the compression bulb” the load of the building.

Does it mean that the traditional stripping of the arable land, the deactivation of the soil with lime then the fitted laying of flat stone to receive the sitting wall in noble rubble that allows lying the walls of the building, is not a foundation to the sole argument that it simply penetrates to 25 to 40 cm of the natural soil.

We are saying that this vision of the insurers is purposedly implemented to release themselves from the obligations resulting from the law which should be imposed on them.

In its drafting, would the legislator have wanted to voluntarily exclude 40% of the real estate stock in France and especially in the territories? We don’t believe it.

Your role as a disaster victim: request proof of the nature of damage to the building, check the role of the soils and their movements, and this requires a « G5 » soil survey.

The diktat without demonstration cannot be sufficient for the insurances to absolve themeselves from their obligations. 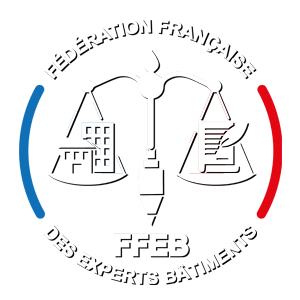 The FFEB is an organization of Building Experts where each member has been certified as an expert by a CERTIBAT-approved training organization. Their seniority and their professionalism allow you, within a structured framework, to have a shared return of experiments. Training organization

The FFEB guarantees opinions of recognized experts and lawyers from the building industry. 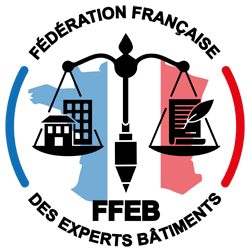 The FFEB (French Federation of Building Experts) is an association of Building Experts, where each member has been certified as a Building Expert by a CERTIBAT-approved training organization (OF-2014-02-10) and has ten to twenty years of practical experience in the building industry, at technical and/or managerial positions. Our structured organization allow us to collect and value the experiences acquired among our network members, to allow our members to make them available to their respective clients.